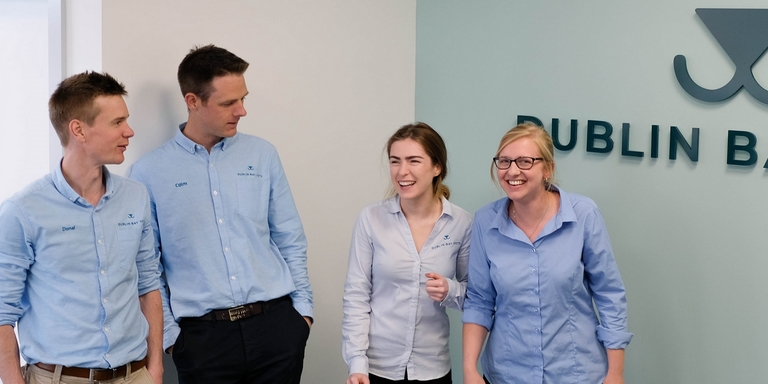 Donal and Colm share the same philosophies on pet medicine and animal welfare. They are always willing to listen to the concerns of owners.

We believe that pet health care requires collaboration between the vet and the pet owner. We will provide a practical approach whilst adhering to the highest standards of veterinary medicine.

You can always count on a welcome for you and your pet at Dublin Bay Vets. We treat them as VIPs because that’s just what they are: important. They know it, and so do we. 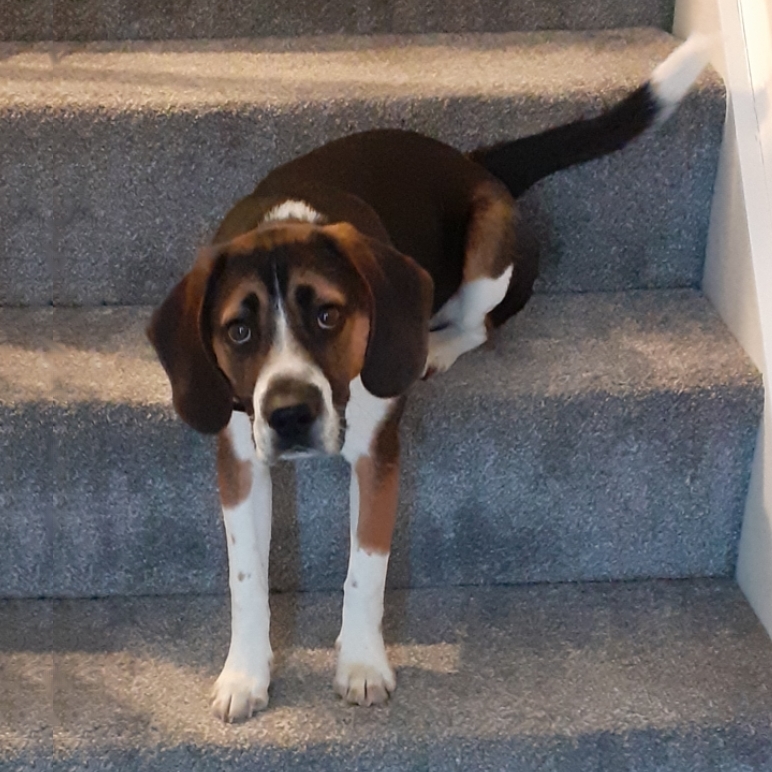 Eamon joined the team in February 2020. Despite never formally applying for the role, and having absolutely no experience, he somehow managed to walk in off the street and got the job immediately. Unlike the rest of our staff, he is highly unreliable and is unable to concentrate on a task for longer than a few minutes. However, despite some shortcomings, he is always available with a friendly greeting for our customers and their pets.
Hobbies include finding (and bringing home) used tissues. 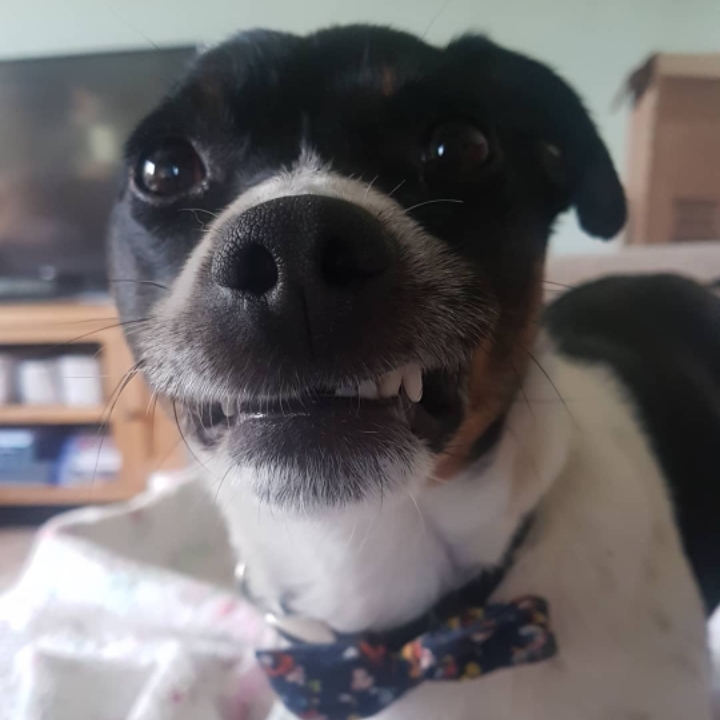 We had to create this position for Jack or else Sarah wouldn’t take the job. Nepotism at its worst. A private individual, he minds his own business and gets on with the job. Despite tough working conditions and terrible pay, he resolutely stands guard inside the canteen door. 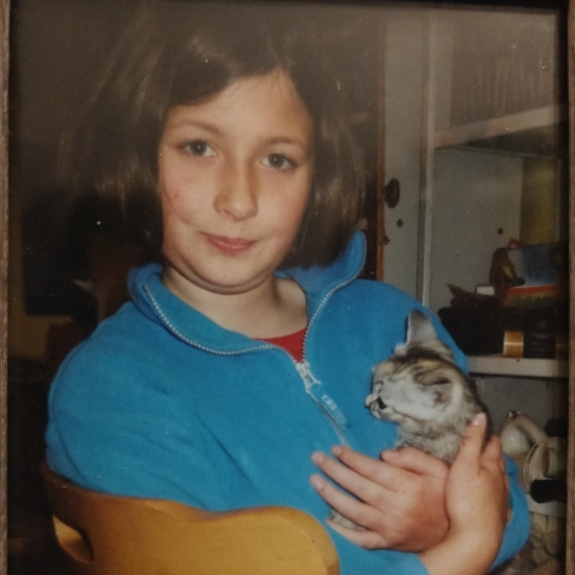 Ravi grew up in the wild west of Wicklow always surrounded by cats. Rumour has it her first word was Meow. The family farm also had sheep, cattle, deer and a faithful sheepdog called Fly.

After qualifying from UCD, Ravi’s first post was treating the big and small animals of rural Cavan. She then went on to treat the small animals of Manchester where she got to watch plenty of football and hang out in the music rich city. Finally, before joining Dublin Bay Vets, she returned to Dublin working in Dun Laoghaire.

In her spare time Ravi is a bit of a granny and will happily sit listening to current affairs on the radio box, knitting with the company of her angry Derry cat Morgan. She also enjoys running, just not very fast. 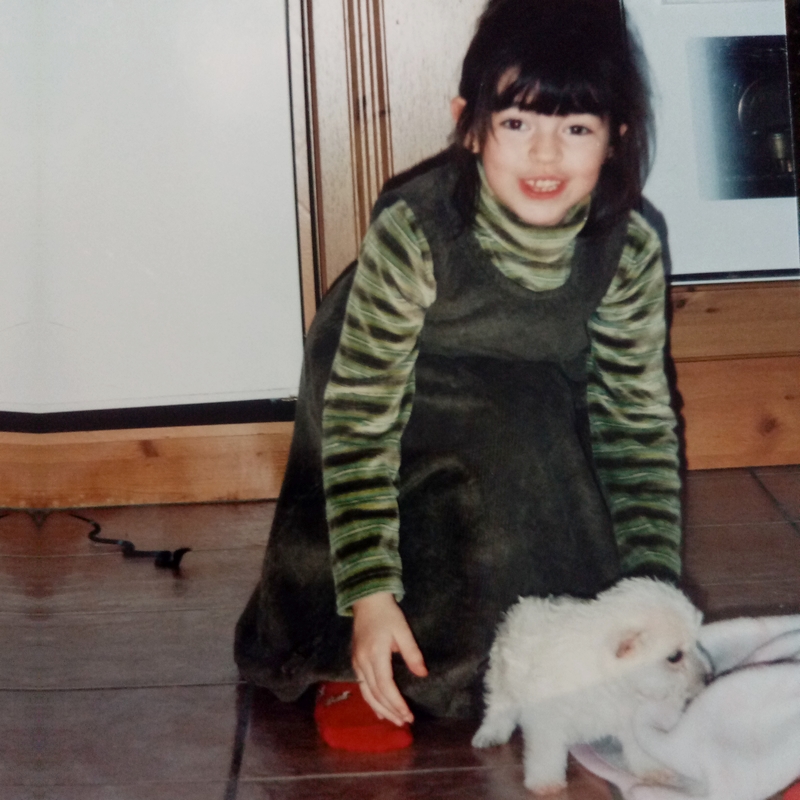 Lorea was very lucky to grow up in a decidedly dog-loving family. Her strong friendships with her canine family members spurred her on to campaign frequently for new animal additions to the home. She was successful in her acquisition of guinea pigs, a gerbil, canaries and two goldfish. Although her hand copied manuscript on cat care and ownership was rejected by the parental management board as a new pet application, she was not short of feline friends from the neighbouring houses.

After graduating from UCD School of Veterinary Medicine in 2016, Lorea started her career just outside Vancouver, Canada. Here she learned about best practice in small animal medicine, surgery and dentistry. Her colleagues also taught her about best practice in the case of a wild bear encounter, a necessary piece of advice for her cycle home. Returning to her family home beside the Curragh in Kildare she continued to practice small animal medicine and further developed her special interest in small animal diagnostic imaging and dentistry. Outside the clinic you will find Lorea hiking, sea swimming or snacking. She is happiest when outdoors, with her dogs Peadar and Charlie or with friends. 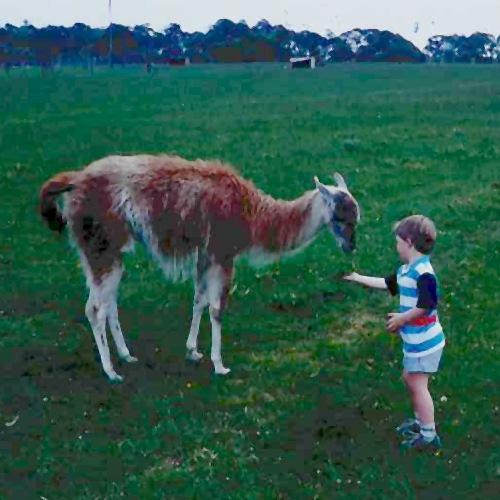 Colm, originally from a rural area of Cork, has always had a love of animals, be they domestic pets, farm animals, horses, or wildlife. Surrounded by farmland growing up, he is happiest outdoors, and his favourite past time as a child was walking through the fields with his Red Setter, Rebel.

Having spent 3 years in farm animal practice after leaving university in 2008, Colm renewed his primary interest and passion – the medical care of sick dogs, cats, and other domestic pets.
In his spare time, he still enjoys walks in the countryside with his dog Eamon, and plays hurling for St Sylvesters GAA club. 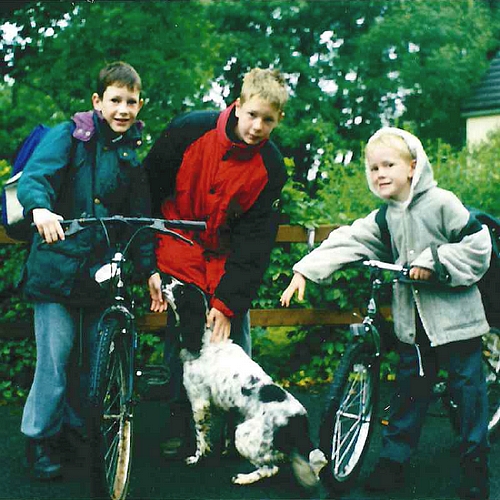 Donal’s young life was spent begging his parents to get a dog. They finally gave in when he was 12 and Sally – a one year old re-homed Springer Spaniel – became his companion for the next 10 years.

After secondary school and a veterinary medicine degree in UCD, he qualified in 2009 to take up a large animal position in the mountains and green fields of Co Tyrone – working in a mixed practice in Cookstown. From there, he travelled to Australia and spent five years travelling and working as a large and small animal vet around the country. He returned to Ireland in 2016, when he took a job in Lucan attending to the local cats, dogs and other pets.

Outside work he enjoys playing football (unsuccessfully) the guitar and singing. He has yet to convince anyone to sit through an entire song. At home, Tipsy is the star attraction and he does his best to tire her out on walks. She never does. 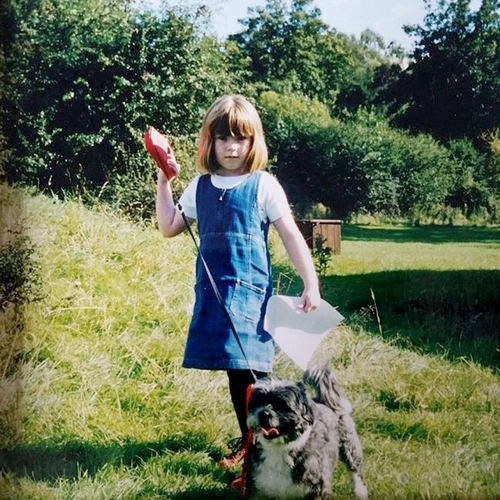 Emily is the local in our family: she grew up in Clontarf, and qualified as a Veterinary Nurse from UCD in 2018.
When she goes home from her work here with us she has another full time job ensuring her two cats (Phoebe and Zoey) are behaving themselves and not tearing each other or the furniture apart. The youngest (Zoey) has an interesting history: she was rescued from a magpies mouth when only a newborn! Emily hand reared her from then, and she shows no signs of her early ordeal apart from a slight distrust of flying creatures, who are warned away with a loud hiss.
Outside of her two full time jobs she enjoys listening to music, staying warm (but not too warm) and eating avocado on toast. 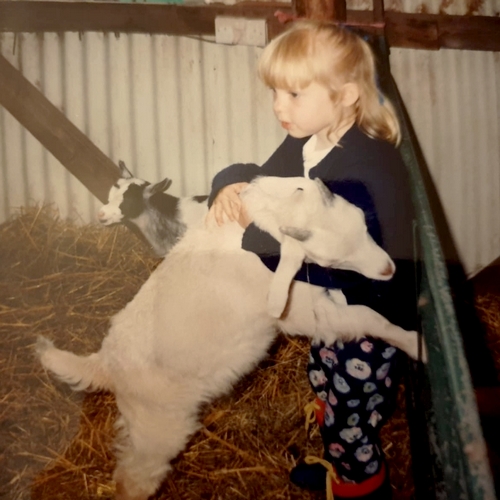 Sarah was born and raised beside Worcestershire. Like the sauce, she adds a lot to anything she’s involved in, but can be sharp when she needs to be: just ask her dog after he’s misbehaved.
After qualifying as a Veterinary Nurse from Harper Adams University in the UK – the best there is, she’ll let you know – she worked for a while at home before seeing the light and moving to Ireland with her husband in 2018, where they live on a farm accompanied by their Jack Russell (called Jack), four cats and three laying hens.
Not only does she bring a warmth and friendliness to the place, but also supplies all staff with a large supply of fresh eggs. 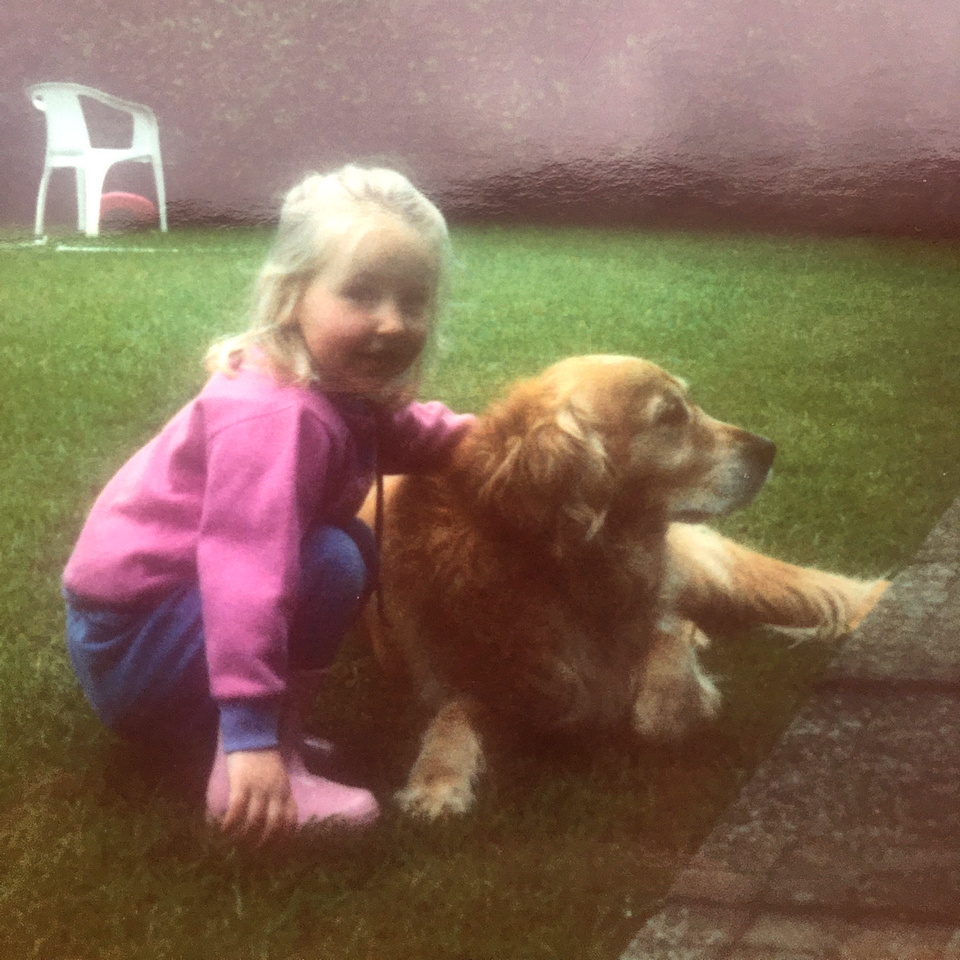 Naomi joined our team in Summer of 2020 after working in Drogheda, Johnstown and Walkinstown.
Her desire to become a veterinary nurse came about after having to care for and treat her old dog Murphy, who passed away in 2018 after a battle with heart disease.
Outside of work she enjoys hiking, reading, travelling and, being from Laytown in Co Meath, building sandcastles. The youngest of three sisters, she has declared herself the family sand castling champion – an accolade strongly contested by her siblings. 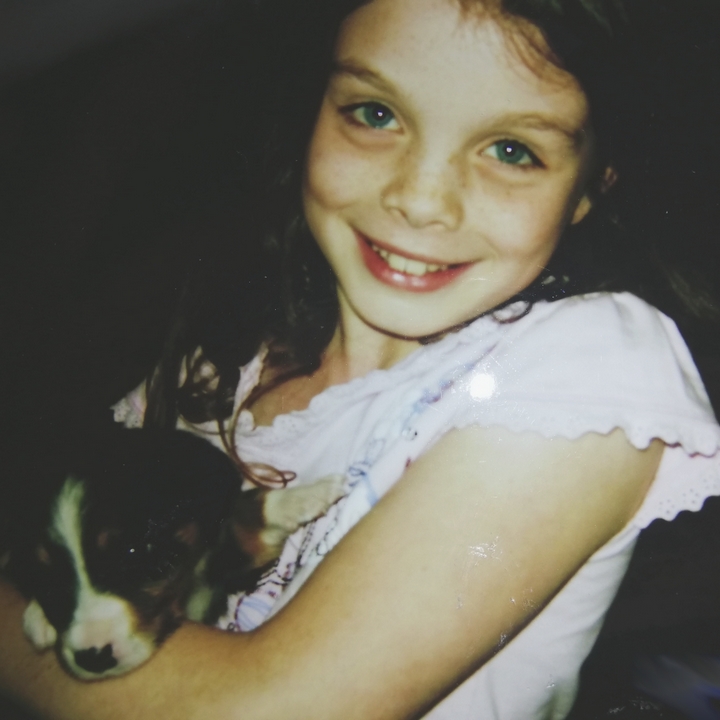 Unlike the rest of the team, who had to trawl through the archives to find their profile pictures, Alice’s looks suspiciously recent. However, despite her baby faced appearance, Alice is a fully qualified nurse – having completed her degree at Dundalk IT.
During her training she saw practice in Carrickmacross, Co Monaghan, Dundalk, Co Louth and even managed a stint wrestling horses in Co Kildare. The horses won that particular battle.
Apart from three dogs, a cat, a flock of hens, a few ducks, and a school of fish Alice has two sisters and a brother. Alice likes three TV shows. The Big Bang Theory, How I met Your Mother, and she can’t remember the name of the other one. She does not like The Simpsons. 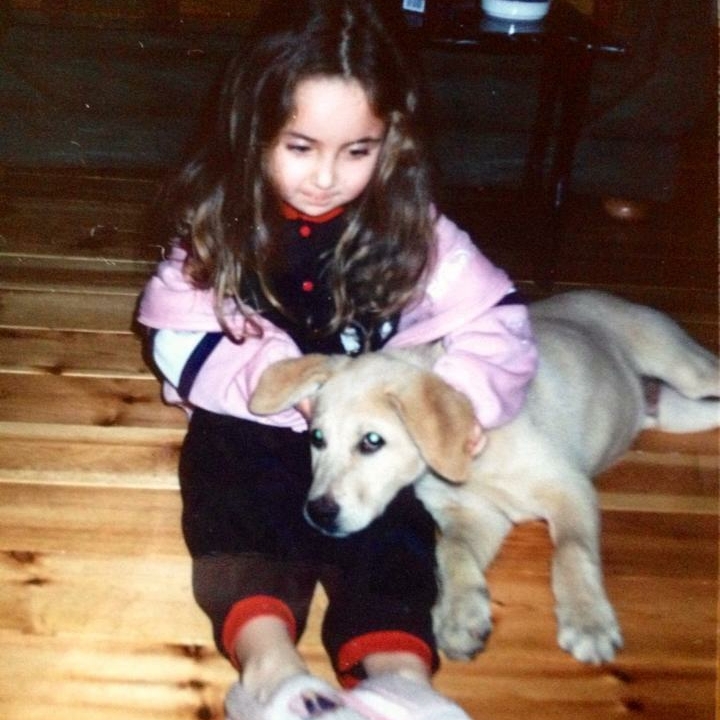 Shauna grew up just a stone’s throw away from the clinic, in Donaghmede. Her childhood companion, Trixie, was with her from the day she started school, and he helped her realise what she wanted to be when she grew up: a veterinary nurse. He was by her side every day, along with a menagerie of other pets such as hamsters, gerbils, rabbits, terrapins and budgies.
After qualifying as a veterinary nurse from UCD in 2016, she did an ICU internship at University Veterinary Hospital, followed by 4 and a half years in general practice in Dublin.
Shauna recently adopted a rescue staffie who unexpectedly had 12 pups! She has 3 pet rats named after Beatles songs – Michelle, Prudence and Eleanor. She is a coffee snob, Asian food aficionado and video game lover.